In the final episode of our Special Needs Children in Family Law series, Brian Walters and Jake Gilbreath detail their experience handling divorce and custody cases that involve children with special needs and discuss common complications that come up in court with these type of cases. 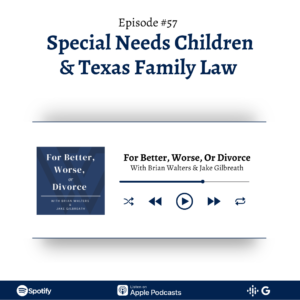