In this podcast episode, Board Certified lawyers Brian Walters and Senior Associate Attorney Bernadette Barbee sit down to discuss what it means to be Board Certified in Family Law by the Texas Board of Legal Specialization and the benefits of hiring a Board Certified Attorney for your divorce, custody, and family law matters in Texas. 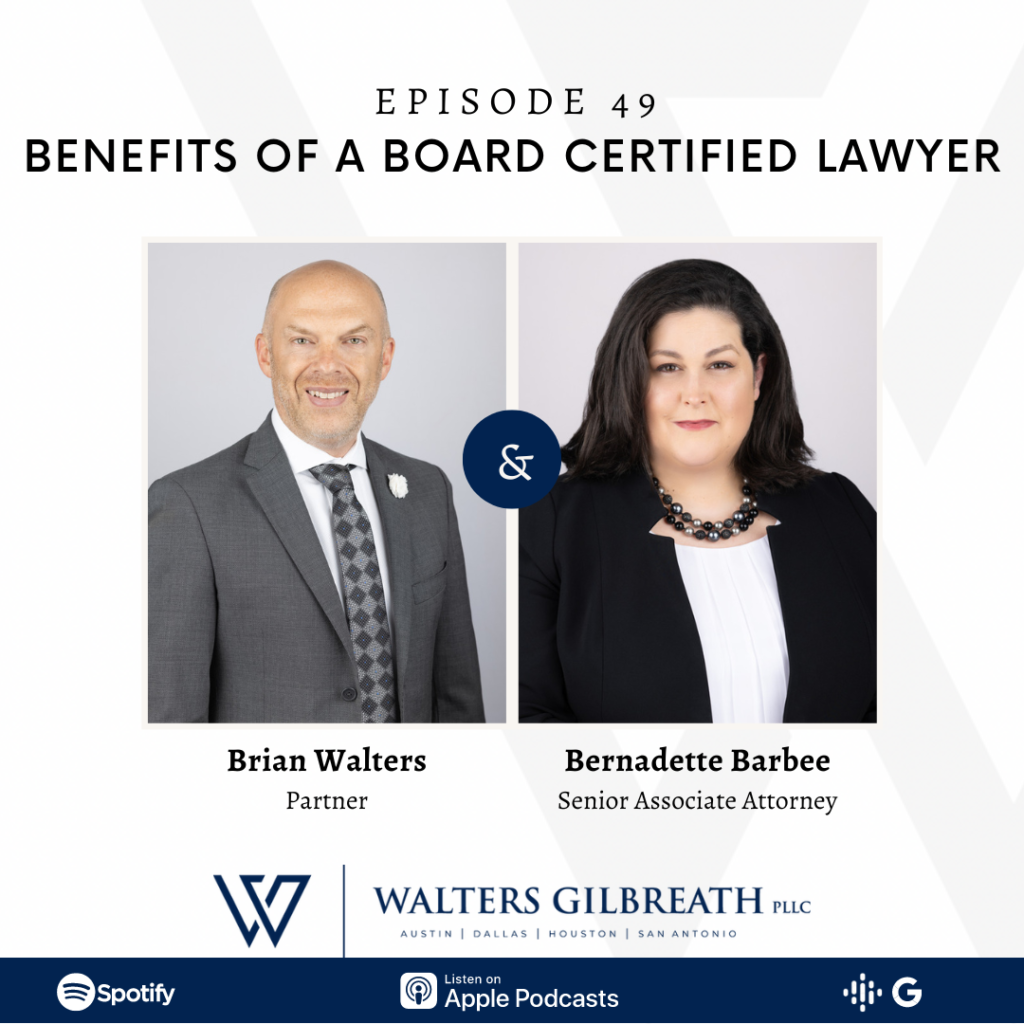