Criminal Defense Attorney Rick Cofer sits down with Jake Gilbreath to discuss approaching family law and divorce cases when a client has pending criminal charges. Jake and Rick share their experience handling these overlapping situations, clients frequently asked questions and what they have learned is important for these cases in the state of Texas.

To contact Cofer & Connelly about a criminal defense case, visit their web site. 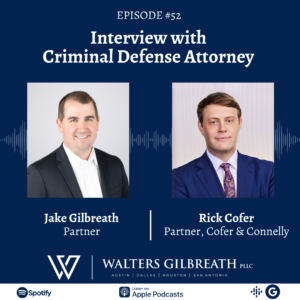