This is our final podcast episode in our Mental Health and Addiction Series. This week Brian Walters and Jake Gilbreath talk about how alcoholism can affect divorce proceedings. 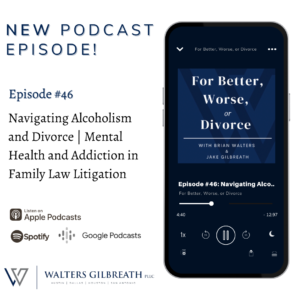