Inflation has been a hot topic recently. Brian Walters and Jake Gilbreath have received many questions about what if any affect inflation will have on family law proceedings. In this podcast episode, our partners address frequently asked questions by current and prospective clients and how inflation can affect divorce or child support matters.

If you have questions on this topic, or any family law topic, please send those to podcast@waltersgilbreath.com. 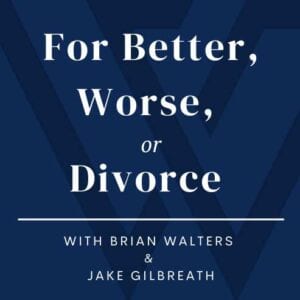