​Former client, Patrick talks with Brian Walters about his fight for custody of his son. Patrick went through the family law litigation process more than once. Tune in to this week’s podcast episode to learn about our client’s experience going from no access to his son to being awarded full custody. 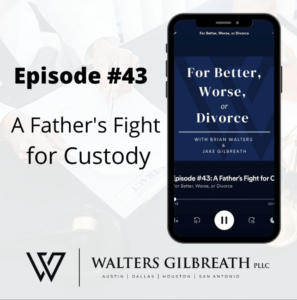