In this podcast episode, Jake Gilbreath and Brian Walters discuss the difference between restraining orders and protective orders in regards to family law, custody, and divorce cases and what it means if you get served with one of these orders in Texas. 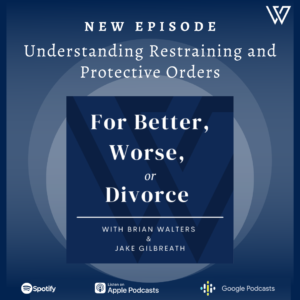